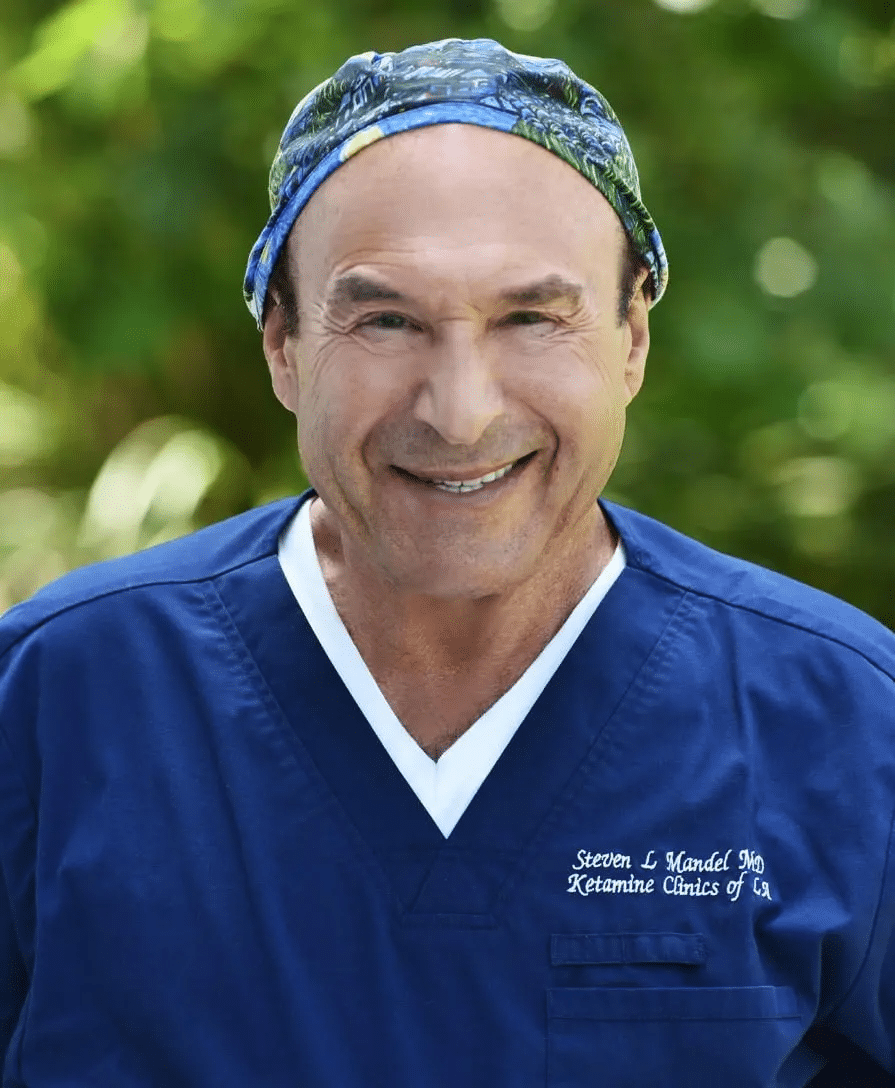 Founding Member and first President of the American Society of Ketamine Physicians, Psychotherapists & Practitioners. Founder and President of Ketamine Clinics Los Angeles in Los Angeles, CA. World-renowned pioneer in the treatment of depression, suicidality, and PTSD with ketamine infusions.

Steven L. Mandel, M.D. is the founder and president of Ketamine Clinics Los Angeles, a world-renowned Ketamine Clinic in Los Angeles, CA. KCLA was among the first clinics to open in the United States. Dr. Mandel is a pioneer in the treatment of depression, suicidality and PTSD with ketamine infusions. He is also a founding member and the first president of the American Society of Ketamine Physicians, Psychotherapists, and Practitioners (ASKP3). He continues to be active as a member of the board. He is board-certified in anesthesiology and holds a master’s degree in psychology.

As an internationally-recognized expert in the use of ketamine for depression, suicidality, PTSD, and chronic pain conditions, Dr. Mandel has appeared on television, radio, podcasts, and in numerous publications including: The Doctors, CBS, PBS, VICE, Inc Magazine, BuzzFeed, Wired, LA Magazine, The Hollywood Reporter, and many others. He has administered over 10,000 infusions since opening Ketamine Clinics Los Angeles in early 2014.

When he isn’t caring for patients, Dr. Mandel enjoys spending time with his wife of 35 years, their four children, and their dog Magellan. He can also be found aboard a sailboat or on skis atop a mountain.