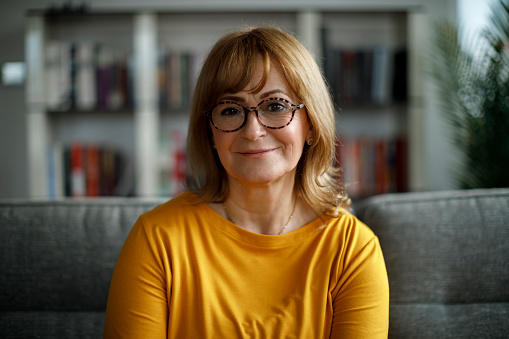 Depression, Post Traumatic Stress Disorder (PTSD), and anxiety have been part of my identity since I was a child. I experienced serious childhood trauma and neglect that left me with lifelong emotional scars. I am fortunate to be high functioning in that I have been able to go on to college, earn advanced degrees, attain a successful career, and even marry. However, I still battled with daily nightmares, had difficulties with sleeping, was often distant in relationships, and engaged in self-sabotage behavior as ways to cope from feeling out of control in my life. I had a hard a time communicating to others what it felt like in my mind – a whirlwind of uncontrolled rage, self-loathing, and despair – while also madly covering from the outside world so that no one would know I was “crazy.”

In 2012, my mother passed away, and I knew then that I would need to start dealing with my past trauma. I started an eight year long mental health journey with a psychologist and a primary care practitioner that included medication and intensive therapy. While I had experience with therapy and various types of medications in college, the depression I fell into this time did not seem to abate itself no matter what I tried. I found myself feeling more empty while taking the antidepressant than “normal,” and I stopped caring about people and events in my life. I was having to face the growing reality that this was a chronic condition – that I might never be what I considered whole – and the idea of requiring medication just to be “there” felt defeating.

In 2016, my doctor suggested that I try emersion therapy as a way to treat the PTSD. Emersion therapy is a treatment whereby the patient repeatedly describes the trauma(s) until they become desensitized to the trauma itself. This process is emotionally taxing and required a lot of time and support. I was hopeful with this approach, but I was having difficulty accessing my emotions while on my antidepressant. It was not an option for me to ween off the medication for treatment and still cope, and so my therapist began to search for an alternative medication to help me through the process.

My psychologist had another patient who was also managing treatment resistant depression and engaged with a ketamine clinic in another city. When this patient returned to her after their loading series, she remarked how they were like a different person and that the ketamine had transformed their perspective on their depression. She thought that ketamine might be a good option for me, and together we discussed the pros, cons, risks, and uncertainties regarding changing my medication and approach to therapy, all with the aim of being able to treat the PTSD.

I will admit that at first, I was very skeptical. I knew the antidepressant I was on was not working effectively for me, but the idea of having to change medications for some unknown outcome was very scary. Further, I had only understood ketamine from the perspective of a party drug. I was concerned about the side effects and potential for addiction, neither of which I was very keen on testing for myself. I poured over the peer review literature and published pop-sci articles to better understand. Together with my psychologist, we also interviewed a ketamine provider who walked me through the process of ketamine treatment, what I might experience, the benefits and risks. They assured me that ketamine was safe to administer with few side effects, and that there was a good likelihood that I would see some benefit from treatment given my diagnoses. At the end of the discussion, we all agreed that if this treatment did not work, then I would know within several weeks and could try a different route.

The first time I went to the clinic, I was very scared. I have a needle phobia, so getting an IV was a process in of itself. The clinic nurses were incredibly accommodating and empathetic and helped keep me calm during intake and setting up the monitoring machines for treatment. I completed several forms, including a PHQ-9 form for depression severity before I was placed in a small room with a comfortable reclining chair and a large TV playing soothing nature videos. My husband was allowed to sit with me as well, which settled a lot of my nerves. The doctor came in once I was set up, and we had a discussion about how I was feeling and what was about to happen. The process was clinical, but that was actually reassuring to me. I felt like I was in good hands with medical professionals who deeply cared. Once we were all ready, the session started, and a nurse and my husband sat quietly in the room while I underwent treatment.

Ketamine treatment is like nothing I have ever experienced. I commonly dissociate when I am in uncomfortable situations and had the tendency toward maladaptive daydreaming as a way to deal with stress. When the doctor initially told me I would “dissociate,” I thought that was fine, I do it all the time! But what I experienced was much deeper and more frightening than I was expecting. Time slowed down. The room changed color and texture. I could not focus my vision and my hearing became incredibly sensitive. The universe slowly collapsed from the vastness of space into that tiny room, and I was somehow outside of this universe. My husband would later recall that I lost sense of who I was, where I was, and whether I was alive. In later sessions, I came to the resolve that I was dying and that was ok. I spoke of my trauma with the nurses and openly cried for the first time in months. It was very jarring in a way that is hard to describe.

I say these things not to scare potential patients, rather to make people aware that dissociation can be a very deep experience that can seem frightening if one is not prepared or willing to let go of control. It became very important for me to set my intension at the start so that I stayed calm throughout the treatment. I focused on calming rituals like selecting my music, having my hand held, and cuddling a stuffed animal for reassurance. My provider also gave me anti-anxiety medications to help if I got too scared. Over time the treatment was less frightening, and I spent much of my time telling my husband how much I loved him. Still, every session has been different in terms of the dissociative experience and issues that surface. I sometimes spoke with an onsite psychologist after treatment and scheduled time with my therapist around these sessions to process my thoughts.

After the series of six loading sessions, I honestly felt like a different person. While I was not out of the depression completely, it felt like a cloud had been lifted off my subconscious. For the first time in years, I has real feelings, and later had to even relearn how to manage my emotions in a healthy way. I was able to go through the emersion therapy for PTSD and am happy to say that five years later, my symptoms are still in remission. My depression is incredibly well managed now, and I return to the clinic every six to eight weeks for maintenance treatments.

Ketamine treatment has not been without its ups and downs. I have had a maintenance treatment and then felt worse afterwards. I have had hard relapses in my depression that included acute suicidality. We discovered that I had other undiagnosed medical issues, including hypothyroidism, that were likely impacting my depression, and so I had to find ways of managing those conditions to ensure my depression symptoms were maintained and that the ketamine treatment continued to be effective. My generalized anxiety disorder symptoms have actually gotten worse over time, not because of the ketamine, but because my depression is no longer masking the anxiety. Thus, my focus on my mental health care has shifted to resolve my anxiety to a manageable level.

One of the biggest benefits to my experience with ketamine is in how it has changed my relationship with my mental health. Before I embarked on this journey, I was terrified that I would be burdened with these mood disorders for the rest of my life. I was under a misconception that if I just worked hard enough at it, I could cure myself of medication and most preciously of all, just be “normal.” Through intensive therapy and medical intervention, I have been able to see the diseases as what they are – medical conditions that, in my case, are chronic. It is not my fault that I am sick. Being able to come to a place where I could accept that has allowed me to really heal. By understanding that ketamine and other medications and therapies are tools to help treat these medical conditions, a lot of pressure has been taken off my shoulders so that I can focus on just being me and living.

For patients seeking ketamine treatment, I caution that this is a treatment, not a cure. We are so pressured in society to rise above our mental health conditions through some kind of will power that we are set up for failure. While ketamine can be transformative, it is a tool in a toolkit just like any other medication and should be used in concert with other therapies and medications to best treat your diagnoses. I highly recommend engaging with your medical team before seeking ketamine treatment to fully understand the benefits and risks based on your specific set of conditions. Come into treatment with tempered expectations and focus on taking care of yourself, no matter what. Most of all, give the treatment time because as with most medical conditions, they did not develop overnight and will not mend right away.

I share my story because I believe it is important to destigmatize these health conditions and provide context around new treatments that are life changing for many. I was a skeptic turned believer when it comes to what ketamine could do to help alleviate the worst of my mood disorders and hope others find this story empowering enough to start their own journey to better selfcare.